Into Madness - Book One from the Born From Stone Saga 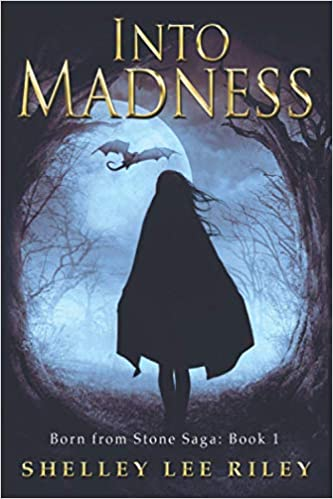 It is an absolute killer trying to get a debut novel noticed. I have tried many things. Since my book blog has been receiving quite a bit of interest, I thought I would try posting the first few pages of Ravin’s story in the hopes of getting a tiny bit of additional exposure. I hope you enjoy this beginning.
Prologue


Crouched atop an ancient Building, a giant stone serpent loomed black against a full moon. Nine-hundred years had passed under its frozen gaze. But on this night, as the mist swirled, minuscule particles locked within the moisture carried a scent that evoked a long-dormant memory.

The dragon stirred, his once drab scales transformed, coming to life in a dazzling swirl of color. His stone pupils blazed to life, and a forked tongue flicked from between misshapen lips. Leathery wings spread and the dragon lifted into the sky.

Those citizens who traveled the streets cowered at the sight of the dark alterity.

Ignoring the humans, Mystislav shifted with the cold breeze and drifted toward the far end of the narrow valley. His destination: a hulking stone fortress, silhouetted against a towering V-shaped cliff, and the tumultuous waterfall that cascaded over the pitted surface.

Dipping through the billowing mists, Mystislav angled his glistening wings to pass over the Carolingian castle walls.

His acute hearing picked up the squall of a newborn infant. Banking sharply, he spiraled down and landed on the donjon tower, the highest point in the castle keep.

The dragon curled his long neck to look over the edge at a balcony that protruded from the castle wall. His nostrils flared, and his eyes flashed crimson. Over nine-hundred-years he’d waited to fulfill his vow. It wouldn’t be long now.

Satisfied, Mystislav folded his wings and returned to stone.

It wasn’t like her mother hadn’t told her what to expect. But nothing could’ve prepared Ravin for the level of disdain—even outright hatred—displayed in the glittering hall by the nobility that had gathered there.

~You need to control yourself. Her mother’s mind-speak failed to calm the outrage that threatened to claw its way out of Ravin’s chest. But it was enough.

Together the two women descended the stairs. When they reached the bottom step, the crowd was slow to part. Ravin ignored the hostility. Instead, she focused her attention on a dais at the far end of the great hall where two men sat on gilded thrones. The older, darkly handsome, with a cruel edge to his countenance. While an arrogant sneer made the other’s golden-hued features repellent. Though Ravin had never seen either man before, she knew who they were—Grigorii and his son, Brakken. Both wore the crowns of the conquered Carolingian kingdom. The kingdom her father had died to protect—Ravin’s kingdom.

The sea of jewel-toned satins blurred into a wash of color at the periphery of her vision as she concentrated her attention on her mortal enemy.

The man she had dreamed of killing for the last ten years was a knife’s throw away. How easy it would have been to lodge a blade between his eyes. If only she’d had one.

Hatred gnawed at her gut as the distance shortened between her and the monster, who waited like a spider in its lair.

Her mother swayed against her, breaking Ravin’s focus.

~Ravin, your emotions are tearing at me. Try to control yourself. Please, I beg you.

Ravin closed her fingers around her mother’s wrist and projected her will. But her mother blocked Ravin’s energy.

~Don’t. If you want to help me, you should use your gift to calm yourself.

Chastened, Ravin concentrated on the gleaming marble beneath her feet. Following their capture, two weeks of hard travel had done little to extinguish her self-loathing. Every mile traveled was a constant reminder of what her arrogance had cost them. This time would be different.

When Delinda came to a stop, Ravin took a deep breath and looked up. The malevolent gaze of the usurper Grigorii Clovis Mercoviche matched Ravin’s mood perfectly. Pressing her lips into a thin line, she returned her gaze to the floor.
~

As the two women made their way across the ballroom, Grigorii wanted nothing more than to prolong his moment of triumph.

He may have won the right to rule Carolingian through force, but he’d craved far more than the right to wear the crown when he’d turned his eyes toward this kingdom. The blood that ran through these two women’s veins was more valuable than a mere golden circlet to lay upon his head or a gilded chair to sit upon. Theirs was a hereditary claim that extended beyond the land now under his control. Delinda’s lineage, and that of her daughter, traced back to the very first ruler of Carolingian—the infamous sorcerer-king, Remfry Carolingian.

This deposed queen who stood before Grigorii was a true daughter of Carolingian. And, as such, represented the most critical aspect of bringing a prophecy he’d found outlined in the pages of an ancient illuminated manuscript to fruition.

But first, he would cement his hold on the Carolingian people by marrying their beloved queen and put an end to the petty rebellion that kept this kingdom in constant turmoil. Even though the land was of little consequence compared to his overall ambition, the unrest remained a continual thorn in his side.

Grigorii remained seated as the woman raised her eyes. A smug smile played across his full lips. The prize he’d sought for so long was finally his.

The queen was, if anything, more beautiful than he’d been led to believe. Not that it mattered. Ugly or pretty, it would change nothing. That she wasn’t hideous was just an unexpected bonus.

Regal beyond words, Delinda appeared as though age would never mark her. Fiery and bright, her red-gold hair gleamed in the candlelight, her luminous skin warm and inviting.

He moved his gaze to the princess, a contrast of dark versus light, her blue-black hair framed pale porcelain skin, and he noted that she was far too thin to appeal to his randy son. When she glanced up, their gazes locked. Her eyes were remarkable. Neither blue nor gray, but some smoky hue Grigorii had never seen before. What he had seen was the direct challenge reflected within their depths. Few had ever survived long enough to challenge him twice—and never a woman. He quirked an eyebrow, amused.

Grigorii returned his gaze to Delinda. Despite the poor quality of her clothes, there was no doubt she was the product of a multi-generational monarchy. His gaze raked the queen from head to foot, leering over the swell of her breasts and the curve of her hips. That her mouth tightened under his crude perusal pleased him more than he would have thought. As a means to an end, he hadn’t considered the subjugation of these two women would prove to be such a pleasurable undertaking. His cruel smile widened at the possibilities.

“Delinda, welcome to my court.” Grigorii rose, descending the steps, he took her hand. He relished the thought of what she endured as she stood helpless before the architect of her husband’s death and the subsequent fall of their kingdom.

Grigorii still chafed at the galling memory of his triumphant ride into the citadel ten years past only to find the real prize, Queen Delinda, had outwitted him and escaped before he’d arrived.

“So this is your daughter?” Grigorii turned his avaricious gaze on Ravin. “The resemblance to your late husband is striking.”

Grigorii drew out the moment of their humiliation. The queen’s features remained stoic. However, the princess rolled her shoulders, and her eyes conveyed a promise she was wise not to utter. His dark eyes narrowed in anticipation as he imagined how pleasurable it would be to crush this defiant child.

“Let me introduce you to my son.” He turned to glower at the young man sprawled on the smaller of the two thrones, openly flirting with a pair of giggling girls. “Meet Brakken Clovis Mercoviche. Brakken, come and meet our illustrious . . . guests.”

Prince Brakken didn’t think the tedious charade could get any worse, but he was wrong. He’d spared the two women only a perfunctory glance when they appeared at the ballroom entrance. Why his father would insist on parading his prisoners in front of the entire court was beyond Brakken. But then again, thwarting Grigorii’s machinations was Brakken’s primary goal in life, and the inelegant girl standing before his father was going to make it easy.

Heaving a sigh, Brakken rose to his feet, swaggered down the steps to stand before the stork. Snagging her icy hand, he raised it to his lips. But instead of kissing her fingers, his lip curled in distaste before he met her smoky-eyed glare.

~Surely Father can’t expect me to bed this crone?


I hope you enjoyed this short excerpt from Ravin's adventure. And thank you for reading it. You can find it in paperback and digital format on Amazon.
Take care,
Shelley Lee Riley
Posted by Shelley Riley at 3:47 PM 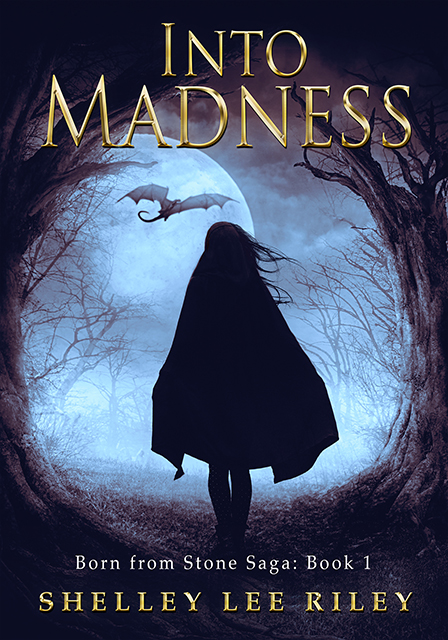